MINNEAPOLIS — The killing of George Floyd on a Minneapolis corner led to nationwide protests, a reckoning over racial injustice touching on virtually every aspect of American life and, on Friday, a substantial prison sentence — 22 and a half years — for the former police officer, Derek Chauvin, who ignored Mr. Floyd’s desperate cries for help and pressed his knee into Mr. Floyd’s neck for what seemed an eternity.

The sentence was less than the 30 years prosecutors had sought, but far more than the penalty that lawyers for Mr. Chauvin, 45, had requested: probation and the time he has already spent behind bars. The sentence means the earliest Mr. Chauvin could be eligible for release on parole, experts said, would be in 2035 or 2036, when he is close to 60 years old.

In delivering Mr. Chauvin’s sentence on Friday, Judge Peter A. Cahill referred to the “particular cruelty” of the crime, which was captured in a widely shared cellphone video, as Mr. Chauvin held Mr. Floyd down for more than nine minutes in May 2020. Mr. Floyd could be heard crying out more than 20 times that he could not breathe.

Shortly after reading the sentence from the bench, Judge Cahill issued a 22-page memorandum about his decision, writing, “Part of the mission of the Minneapolis Police Department is to give citizens ‘voice and respect.’” But Mr. Chauvin, the judge wrote, had instead “treated Mr. Floyd without respect and denied him the dignity owed to all human beings and which he certainly would have extended to a friend or neighbor.”

Relatives of Mr. Floyd expressed relief that Mr. Chauvin was facing prison, even as they said they believed he deserved a longer term. In the hearing, they described their anguish and loss in tearful terms. “Why?” said Terrence Floyd, Mr. Floyd’s brother. “What were you thinking? What was going through your head when you had your knee on my brother’s neck?”

Gianna Floyd, Mr. Floyd’s 7-year-old daughter, spoke in a prerecorded video, answering questions about her father. Asked what she would say to her father if she could, she said, “It would be I miss you and I love you.”

Mr. Chauvin, dressed in a gray suit and blue face mask and with a freshly shaven head, sat quietly through much of the proceedings. Offered an opportunity to address the courtroom, Mr. Chauvin spoke only briefly, saying that “additional legal matters at hand” prevented him from saying more. “But, very briefly though,” he said, “I do want to give my condolences to the Floyd family.”

Mr. Chauvin’s mother, Carolyn Pawlenty, spoke longer, urging the judge to be lenient and speaking publicly about the case for the first time. She said the news media and prosecutors had painted a distorted picture of her son.

“The public will never know the loving and caring man he is,” Ms. Pawlenty said. “But his family does.”

The killing of Mr. Floyd, a 46-year-old Black man, by Mr. Chauvin, a white officer who spent 19 years on the Minneapolis force, led to calls around the country to defund police budgets, remove statues of historical figures tied to racism and diversify predominantly white corporate boards. The sentence offered some closure to a traumatized nation. Still, activists said there was much more to be done, especially with national police reform legislation named for Mr. Floyd languishing in Washington.

Mr. Chauvin’s conviction was a rare rebuke by the criminal justice system against a police officer who killed someone while on duty. Officers are often given wide latitude to use force, and juries have historically been reluctant to second-guess them, especially when they make split-second decisions under dangerous circumstances.

While police officers in America kill roughly 1,000 people each year, Mr. Chauvin is one of only 11 officers who have been convicted of murder for on-duty killings since 2005, according to research conducted by Philip M. Stinson, a criminal justice professor at Bowling Green State University. The lightest sentence for officers has been just less than seven years in prison, while the harshest was 40 years. The average sentence was just under 22 years.

The corner in Minneapolis where Mr. Floyd was killed has become a memorial to what happened. His image has appeared on murals in cities around the world, and there is a statue of him in Brooklyn. “I can’t breathe!” became a protest mantra, and when demonstrators chanted, “Say his name!” those gathered responded with “George Floyd!” followed by the names of so many others who were victims of police violence.

Mr. Floyd was a father and grandfather, and had been a rapper and star football and basketball player in high school in Houston. He had moved in recent years to Minneapolis, looking for a fresh start. In his last years of life, he worked as a security guard at a homeless shelter and a nightclub, and had struggled at times with opioid addiction, an affliction he shared with his girlfriend, Courteney Ross, who testified about it at Mr. Chauvin’s trial.

Mr. Chauvin has been behind bars since his trial ended in April. The judge said Mr. Chauvin would be credited with 199 days already served toward his sentence, including a period he spent in jail before his trial. Officials said he was being kept in solitary confinement for his own safety.

Leading up to the sentencing hearing, Mr. Chauvin’s lawyer, Eric J. Nelson, had pressed the court for leniency, asserting in a memorandum that Mr. Chauvin had not known he was committing a crime when he tried to arrest Mr. Floyd on a report that he had used a fake $20 bill to buy cigarettes. Mr. Nelson also argued that placing Mr. Chauvin in prison would make him a target of other inmates.

In seeking a 30-year prison sentence for Mr. Floyd, prosecutors had argued that the former officer’s actions had “traumatized Mr. Floyd’s family, the bystanders who watched Mr. Floyd die, and the community. And his conduct shocked the nation’s conscience.”

In the end, Judge Cahill said two “aggravating factors” had affected his decision to sentence Mr. Chauvin to more than 22 years: Mr. Chauvin had acted with particular cruelty, the judge said, and had abused his authority as an officer of the law.

As the sentence was read on Friday afternoon, people gathered before televisions and computer livestreams, while demonstrators waited outside the courthouse in downtown Minneapolis.

Members of the Floyd family, along with their lawyer Benjamin Crump and the Rev. Al Sharpton, addressed reporters on the south lawn of the courthouse grounds. Mr. Sharpton said the sentence was significant, noting that it represented the longest sentence ever given to a Minnesota officer for a killing on the job. (Mr. Chauvin was only the second officer in state history to be convicted of murder for an on-duty killing.)

But Mr. Sharpton said it was not exactly justice. “Justice is George Floyd would have been alive,” he said.

Others who gathered to hear the decision, including activists who had followed the case for more than a year, said Mr. Chauvin’s sentence was too low. “That’s not justice,” one demonstrator said. And Brandon Williams, Mr. Floyd’s nephew, said: “We were served a life sentence. We can’t get George back.” Rodney Floyd, Mr. Floyd’s brother, called the prison term a “slap on the wrist.”

Keith Ellison, the Minnesota attorney general who led the prosecution of Mr. Chauvin, said the sentence did not reflect justice but was a “moment of real accountability on the road to justice.”

Mr. Chauvin’s sentencing does not end the legal proceedings in Mr. Floyd’s killing. Mr. Chauvin also faces criminal charges in federal court, where he is accused of violating Mr. Floyd’s constitutional rights. Three other police officers who were involved face a state trial, scheduled for March, on charges that they aided and abetted second-degree murder and manslaughter. Those officers were indicted by a federal grand jury as well. 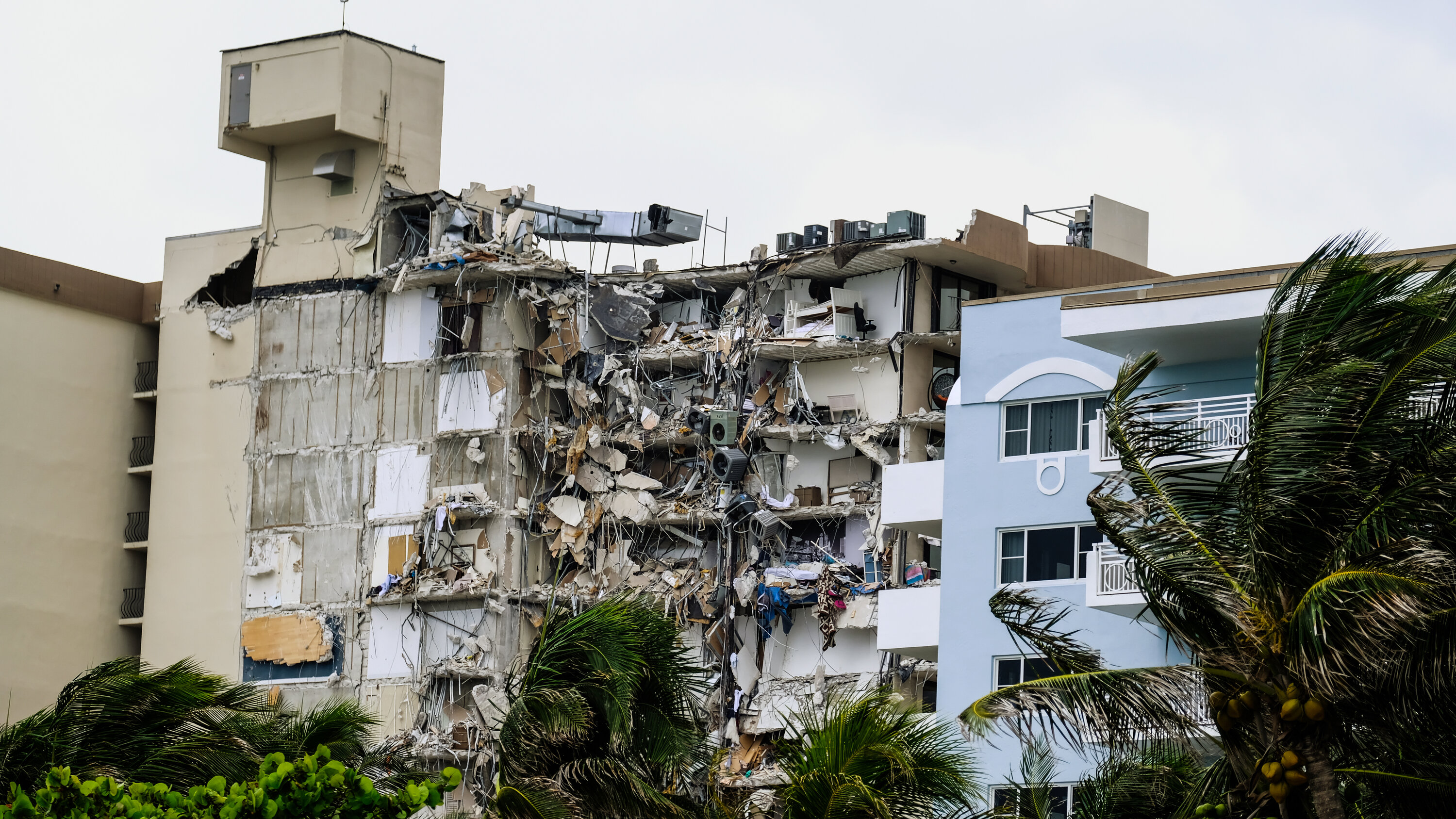 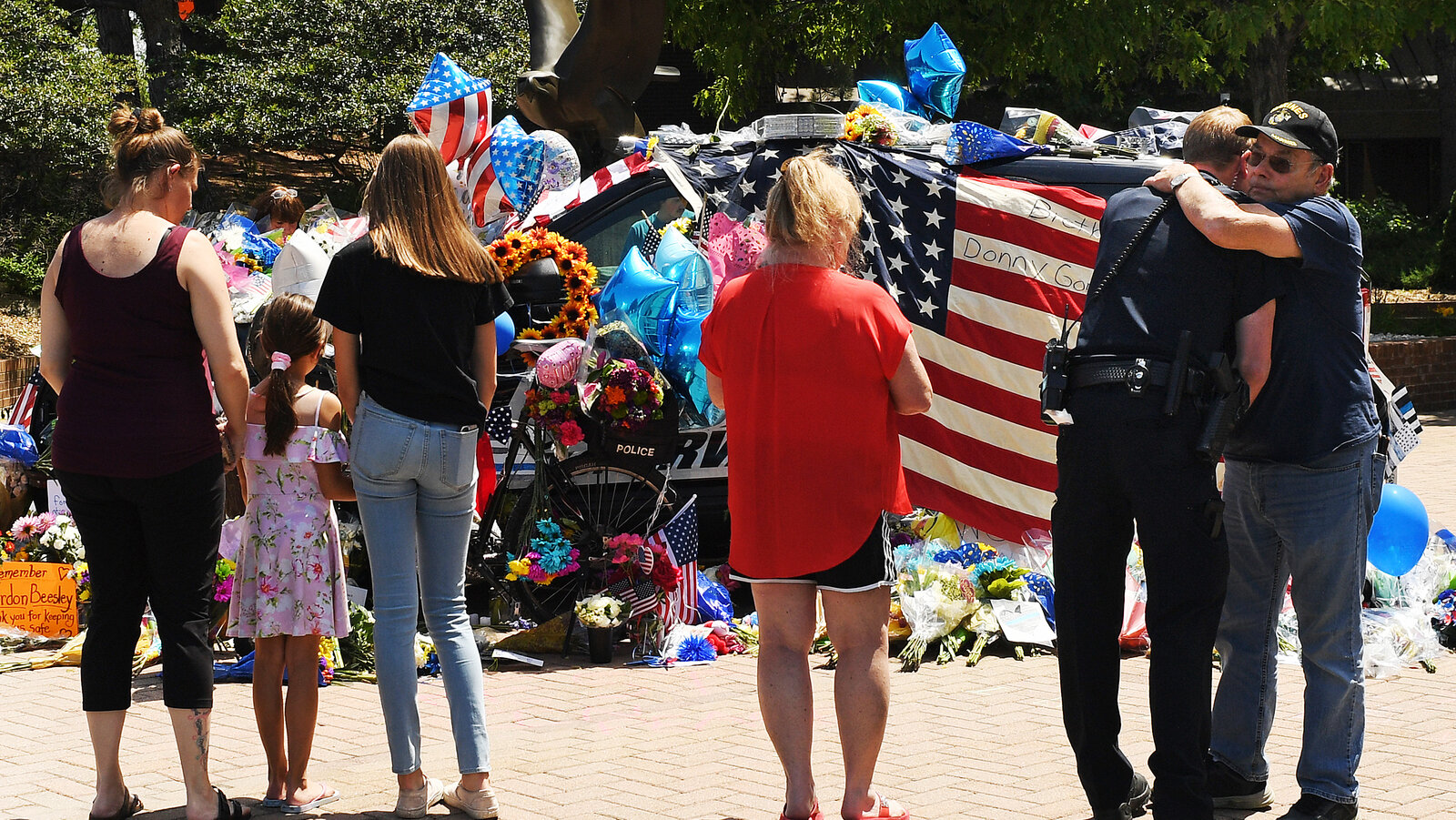 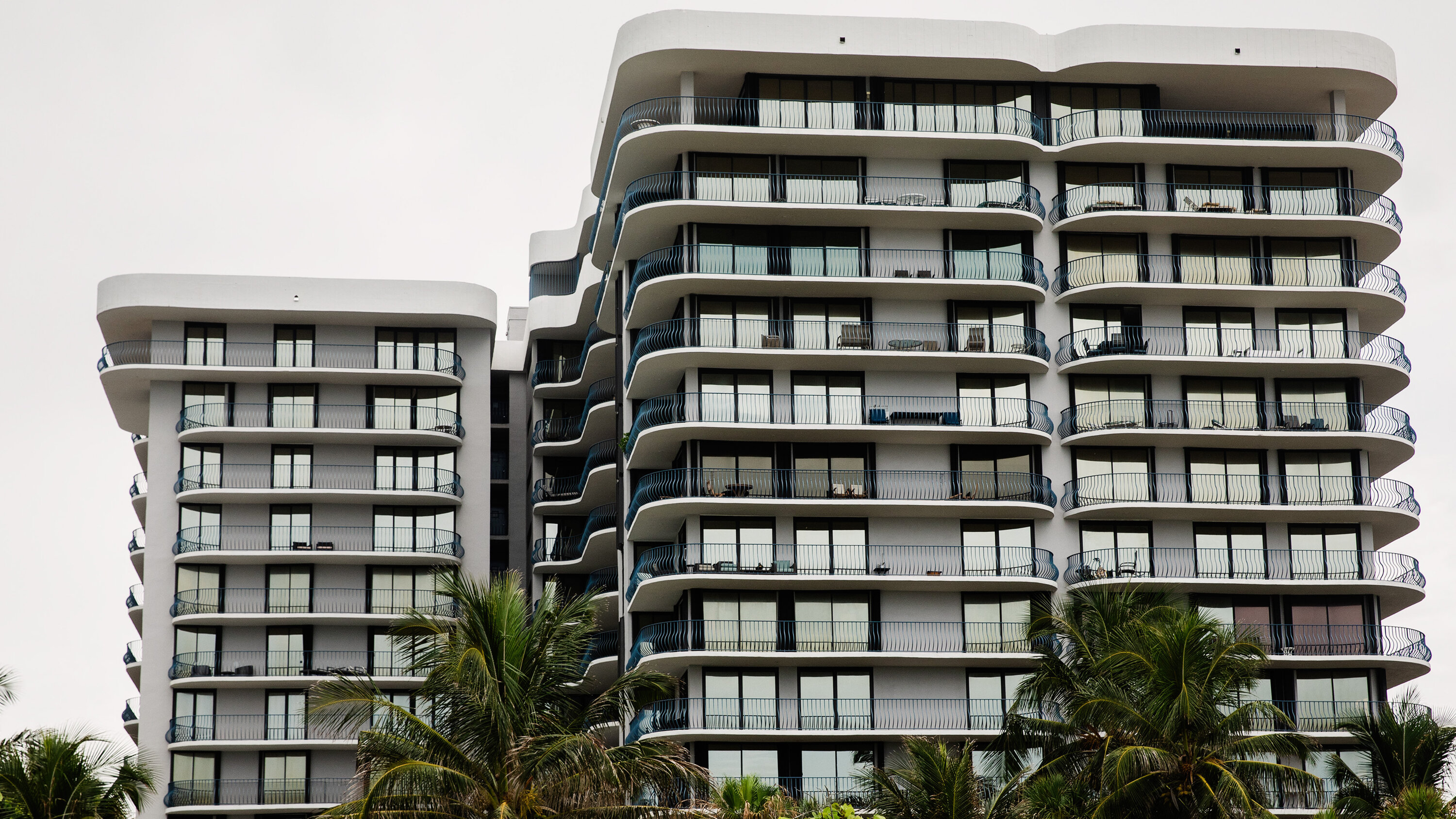 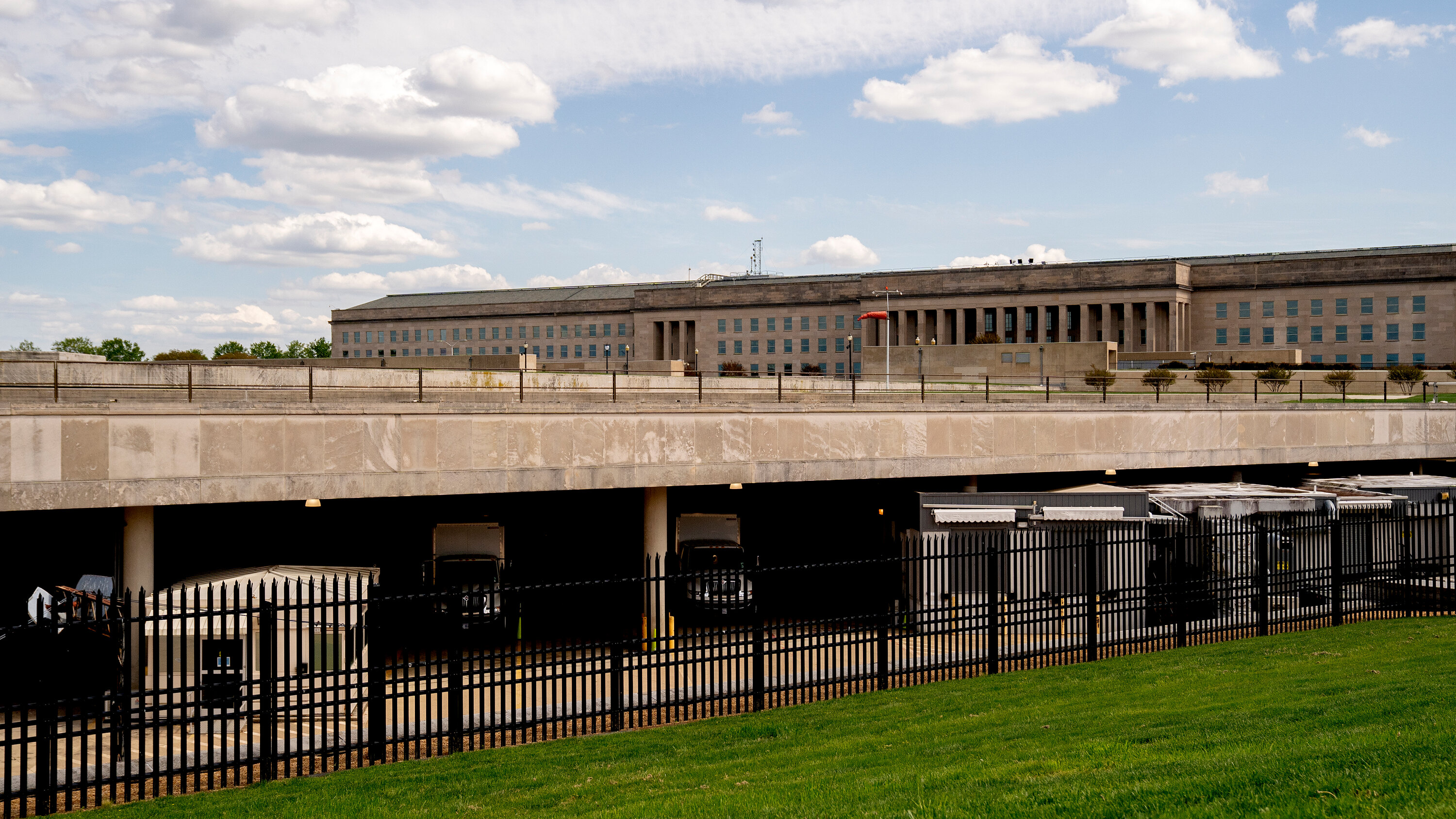